Being Patriotic isn’t just a shirt, burned wooden American flag, or pillow in the house. It is a mindset and a love for your country and the freedoms that it affords. I was shocked when a little old lady walked into the furniture and asked the clerk where she could buy an American Flag Comforter set Queen Bed that had a vintage look.

She explained that she had just watched the documentary on how the Star-Spangled Banner was written and how Frances Scott Key was an attorney on the English ship, there to negotiate the freeing of the American Hostages kept below deck. She explained that the British commander had one request and that was that the Americans lower the flag on the land directly in front of them.

Fances Scott went upstairs to the General and said the men don’t want to lower the flag. The General told him that they now over 100 ships focused on the flag and were about to start sending the fire and bombs to blow up the flag that stood onshore.

The barrage of bombing began and went on through the night. All eyes were trained on the American Flag and while bombs were blowing up the entire area the sky would light up enough for everyone to see and the flag would still be standing.

Throughout the course of the night, the bombing continued and the hostages down below would call out – is the flag still up? Key would Hollar back yes as he and General were constantly checking.

As the bombs were bursting in the air the evidence of the flag not falling was there. In the morning there was a cloud of smoke that loomed so big over the rampart that no one could see if the Flag was still there. A ship with several men including Key was dispatched to the Rampart where they checked and what they saw was that the Flag was ripped and torn and had taken heavy hits but at the base lie many dead American soldiers.

Each of these Soldiers would run out and stand the flag back up as it got knocked down from the bombs and fire. It cost each one their life but it was their dead bodies that were holding the flag up.

Everyone in the store was listening and all agreed that they knew there was a price for our freedom but they had no idea how much the American Flag meant to the soldiers and how by hoisting up it up over and over that all the soldiers fought. It inspired winning freedoms in a war that should have not been won. Outnumbered and out skilled but Freedom prevailed and that is the story of the Star-Spangled Banner.

The store Owner then proclaimed that he did not have any American Flag comforters or home decor that day. But by the end of the week he would surely have a lot of different choices. You can get American Flag Christmas Stockings, USA Flag Christmas Items, Throw Pillows, He was so inspired by the story that he devoted an entire section to the store to the American Flag and the Stars and Stripes along with the Red, White and Blue.

Getting a Head Start: How to Decorate for Fall and Halloween 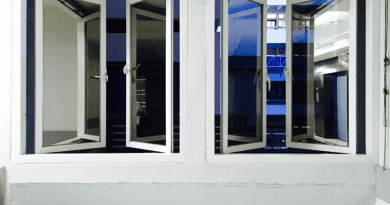 Aluminium Windows- An Eco-friendly Solution To Turn To

Decor Ideas: The Ultimate Guide To Getting It Right For Your Home

Looking Good!: This Is How to Choose the Best Bathroom Mirror

How to Design the Perfect Bathroom?