Black tourmaline is a mineral used to prevent the negative influences of a place or individual from affecting the wearer or their environment. Its name means “stone of mixed colors”, and it is frequently included in spiritual therapies, healing rituals, chakra alignment, and feng shui ceremonies, a decorative practice that seeks to perfect the flow of energy within your home or office. 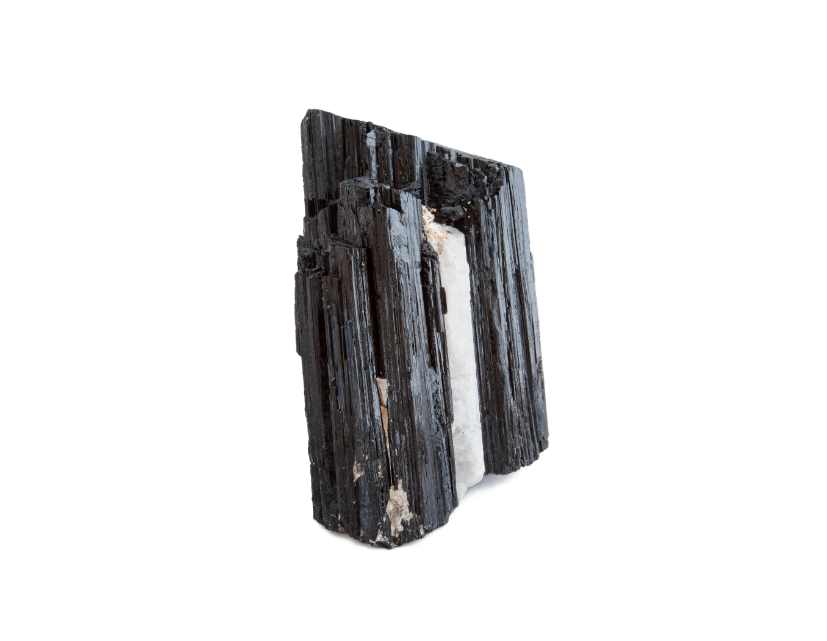 As a mineral, the black tourmaline crystal has different presentations, these are Granites, pegmatites, veins, pneumatolytic and hydrothermal, hydrothermal and pegmatite druses, micaceous schists, gneiss, and also tourmalated quartz. His research dates back more than 200 years, with studies finally proving his power over electrical charge.

On the other hand, it is possible to find black tourmaline in different colors, this is related to its chemical composition. In fact, many people consider black tourmaline as a bearer of truth and simultaneously, possessing the largest number of varieties of elements and electrical properties. 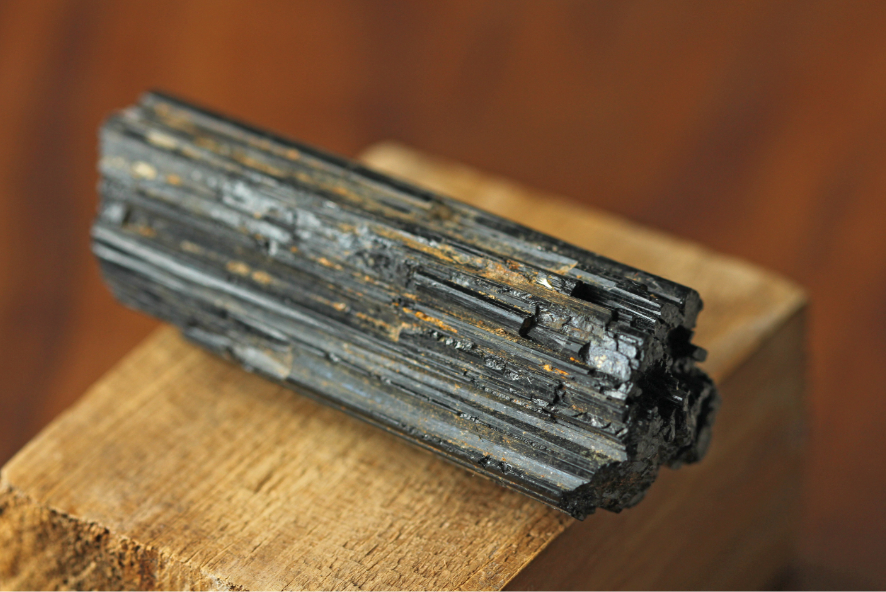 Black tourmaline was discovered in 1400 BC. In a town in Germany called Zschorlau, a tin mine was located in this town where cassiterite and black tourmaline were found. In the year 1505, Ulrich Rülein Von Calw mentioned it for the first time by the name of Schürl, but it was not until the 19th century that the name Schörl was used in German, in English Schorl and in Spanish Chorlo or black tourmaline.

For more than 200 years, the black tourmaline benefits have been investigated. One of his discoveries is that its electrical charge reacts to external changes, where for example changes in pressure, temperature, or light intensity can convert them into an electrical signal or vice versa. Understanding the black tourmaline crystal meaning gives an idea of how to use it and where to place it at home.

Knowing how to use black tourmaline has great advantages because it works for many things, including relieving pain, healing, channeling energy, and protecting. You can wear this mineral in the way you like best, and although many people choose to use it natural, unpolished, and raw, others prefer to include it in some jewelry, for example, necklaces, bracelets, or earrings, although this will not interfere with its properties. 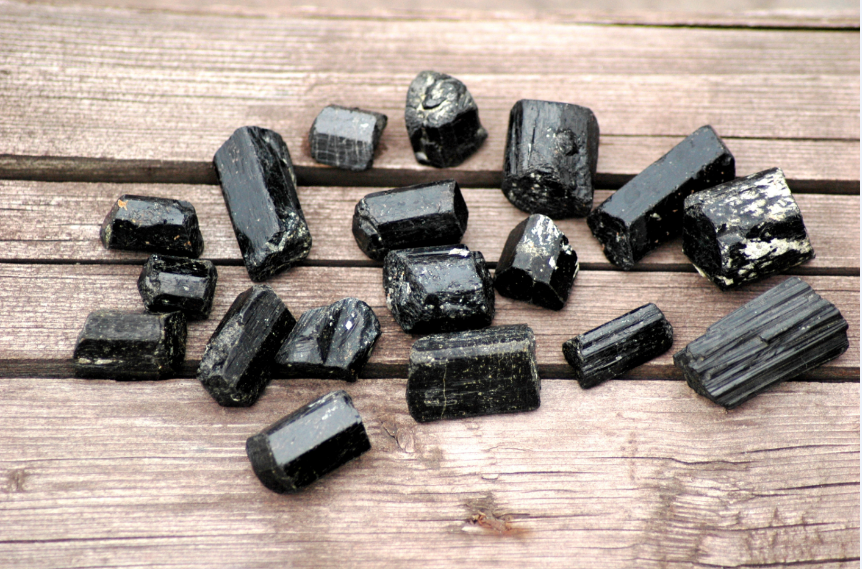 In principle, it is used as an amulet for good fortune or as a protective shield against bad vibes. Additionally, it is a stone capable of generating energy when exposed to heat; at the same time, you can store them for later use in treatments. 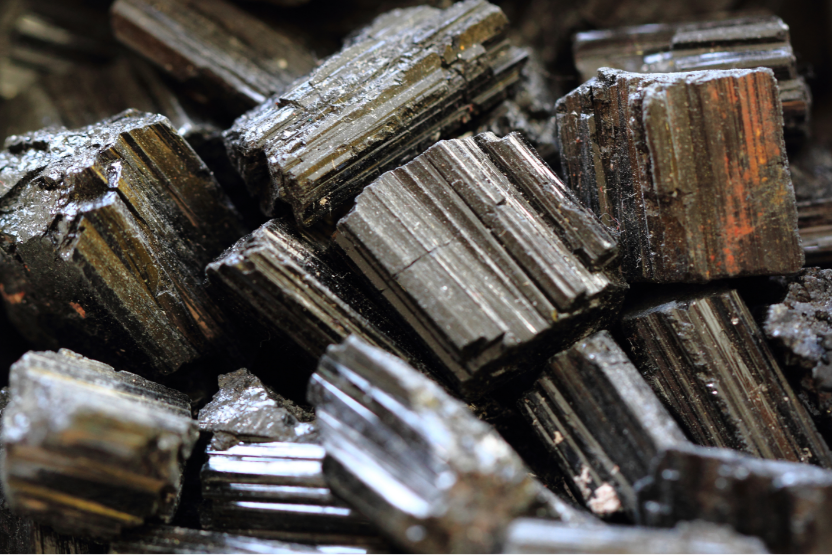 If a black tourmaline stone is placed in a magnetic field, the temperature of the field will change.

Besides getting insights into the black tourmaline meaning, you can also know the properties of green tourmaline and learn everything about it. 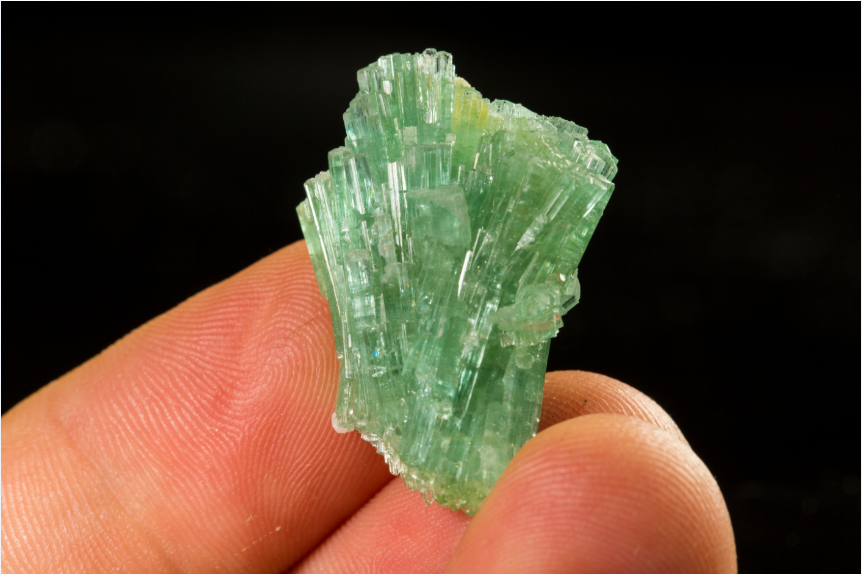 Green tourmaline is chemically composed of silicate and complex sodium, boron, magnesium, and aluminum, it is also rich in manganese and iron. With a hexagonal structure. They usually appear in granites and gneisses, specifically in pegmatitic veins. Although in the same way its origin can be hydrothermal of high temperature, derived from fluids of great depth that escaped at the end of the crystallization process.

Some curiosities about black tourmaline

In China and Europe, black tourmaline was highly valued as a jewel, among other diverse uses that have been given to it over the centuries.

This mineral has also been used to measure pressure in submarines.

Thanks to its ability to generate negative ions, this stone has been used to make water fluid.

Formerly this stone was used to calm the crying of the smallest children, to whom the stone was placed in their hands or hung around their neck, causing them to automatically relax and fall asleep very quickly.

This stone caught the attention of the philosopher Theophrastus who called it lyngurion more than 2300 years ago, who discovered that when heated it attracted straw, ash, and small pieces of wood, thanks to its pyroelectric qualities.

In the year 1703, in central and western Europe, tourmalines were introduced by the Dutch who were in charge of importing them from Ceylon.

Black tourmaline is used in industrial applications, thanks to its piezoelectric properties.

Some companies specializing in the manufacture of pressure gauges for marine instruments as well as for war equipment use black tourmaline.

Other uses that are given to this mineral are in costume jewelry, meditation, and collector’s items.

In the first atomic bomb, the pressure sensor had components based on black tourmaline.

Ernesto Luis is a Venezuelan writer with 7 years of experience in different niches, such as lifestyle, fashion, health, culture, and anime. He loves reading about multiple topics and is always researching to inform readers about home and health trends.

A Helpful Guide On Creating A Peaceful Environment In Your Home

Top 7 Incredible Advantages of Lip Filling You Should Know

Tips for Finding the Best Back Specialist Doctor Near You